Which Puppy is Right for You?

Genes are traits that are passed on from one generation to another. As breeders, dog's exhibiting certain desired traits are selectively bred to pass on the genes that are believed to contribute to those traits. In regards to certain traits such as coat type, size, structure, this can be done with much success by pairing two like collies, however, we also know that even when two similar collies such as two parents with excellent herding instincts are bred together, there is a chance of producing a litter with one or two pups who do not exhibit any herding ability whatsoever. Specific behavioral traits can be much harder to breed because environment has a big influence of a dog's expressed behavior traits.
​
There are certain behaviors that are bred into a dog's DNA which we refer to as Genotype. Genotype is the genetic makeup of the dog. How they are hardwired. Genotype in puppies can determine which pup in the litter is an alpha and which pup is more timid, which pup is high energy and which pup is more docile and low key. These traits are predetermined at birth.

Each pup also exhibits phenotypes, which is simply the expression of a trait. An example would be herding instinct. A pup's genotype would identify if a pup has an natural herding instinct, where as the  phenotype would determine the amount or variation of the herding trait that is expressed in each pup with that gene.

To complicate things further, while phenotype is locked in at birth, genotype, which is the expression of the gene can be influenced by environment.

Example: Three pups have herding instinct in a litter. Depending on exposure to livestock at an early age, how the pup's instincts are formed into correct behavior when introduced to livestock and what training if any they receive will impact how that herding gene is expressed in each pup.

When selecting a pup it is important to know the expected genotypes in the breeding of a litter you are looking at and how much a those genes (phenotypes) are expressed in each pup. If your pup does not have the genotype traits for the task you want your pup to perform as an adult, you may not be happy with the end results of your training. A high energy pup may never make a wonderful service or therapy dog nor will a low energy pup make for a good herding, sporting dog no matter how much training they receive.

Finally, it is important to know the environment you provide for your pup, will have a huge impact on how much of the traits your pup has inherited are expressed in his/her behavior and working ability.  Purchasing a pup because you love how successful his/her sire is as a therapy dog or agility dog, does not mean your pup will automatically behave to same way if you don't invest in training your dog.  Lassie wasn't simply born talented, it came from extensive training and exposure to a nurturing environment.

In my next blog I will discuss what traits are hardwired in a pup and for the most part can not be changed and what traits can be influenced through environment and training. There is no such thing as a bad pup. The key to selecting the right pup in a litter for you is knowing what you are looking for and which puppy has the traits to match your needs. ​ 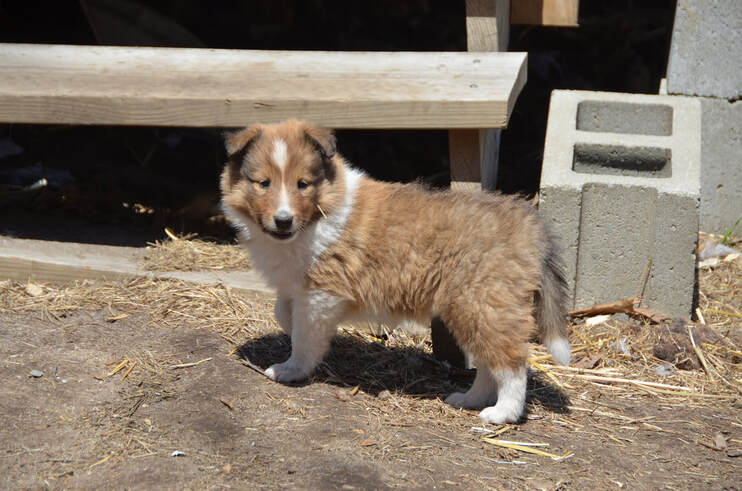 The smartest dog breed is the border collie. A retriever naturally retrieves without training. A beagle will always find its way home. German shepherds are great guard dogs. There are many breed stereotypes, but are they based on fact?

Today, due to the the emphasis on appearance with most kennel clubs, many breeders focus more on looks than how a dog thinks or behaves, and there are often more differences within a breed sometimes than between breeds. A dog that doesn't retrieve is still a retriever, and a dog that doesn't herd sheep is still a herder. All this makes finding breed differences in qualities like intelligence and behavior all the more difficult.

Several years ago, a good friend of mine paid top dollar for a beautiful, health tested Golden Retriever to be his new bird dog. Unfortunately his new retriever did not retrieve, did not like water and had very little energy or interest in working. It turns out he came from show lines and natural behavior traits had been bred out of his lines. They still have him but he is a sweet family pet.

How does this happen? If breeders do not breed for behavior of the breed type and focus only on health or physical traits, the temperament and natural working ability of the breed will be bred out of the line. This is why so many dogs are no longer true to breed type in personality and behavior.

Collies should not be couch potatoes or timid. Collies are a herding breed and should be confident and have enough drive to be able to perform a large multitude of tasks whether it be herding, sporting events, companionship, therapy or service dogs.

At SCPS, when breeding dogs are accepted into our registry, emphasis is placed on each collie's ability to perform true to breed type. Our breeders must demonstrate their dog's abilities when applying to our registry, so you know what to expect from the puppies in a litter. We also encourage our members to enroll their collies in our Versatility Program that rewards dogs for their demonstrated abilities and accomplishments.

Purchasing a puppy that fits your lifestyle and meets your expectations is important. When looking to add a new puppy to your family, you can shop with confidence at SCPS as our breeders provide extensive information about their breeding collies on health, size, temperament and working ability. Why shop anywhere else?